OUR NEW PURE GENIUS WEIRS ARE WITH US AND BEING PROCESSED FOR DELIVERY, THANKS.
Connoisseur — 'TREVOR'
0 items / £0.00 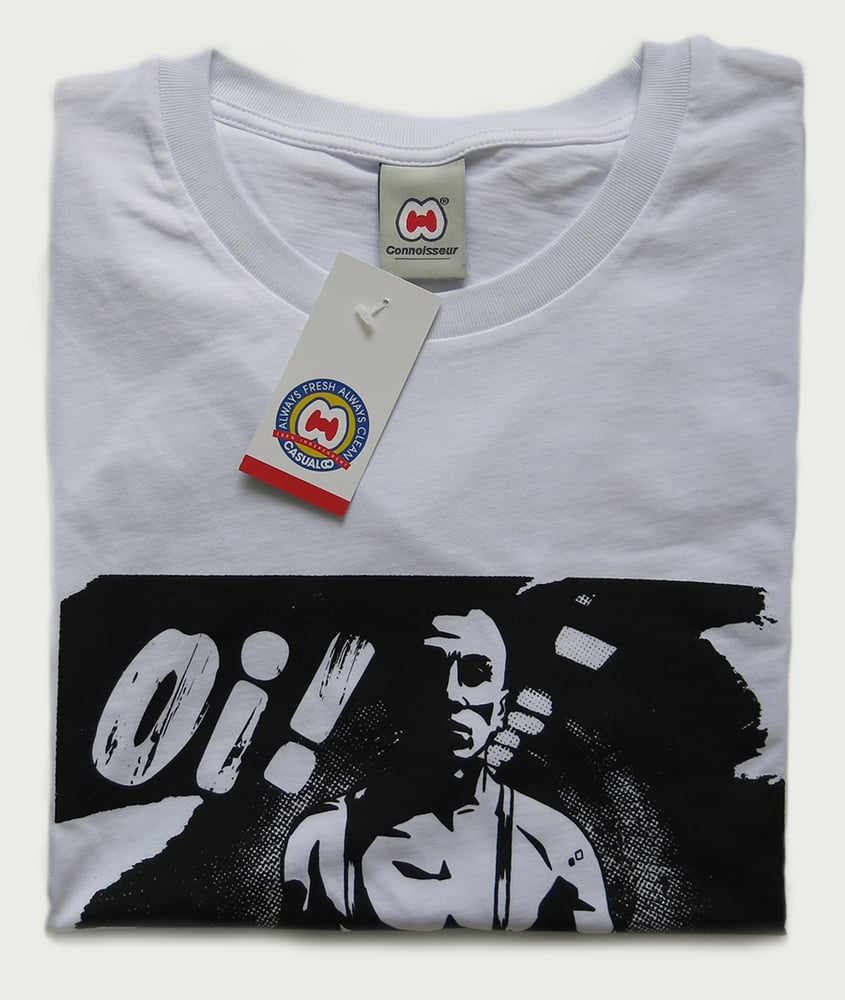 Continuing our homage to a British icon of film, Alan Clarke, we pay tribute to another one of his earlier works Made In Britain. An original television play which aired in 1982 based on the British education system 'Tales Out of School', written by David Leland, it features a powerhouse performance from Tim Roth as skinhead 'Trevor' in one of his earliest roles, and it still packs a punch today.

If you're nerdy enough to have watched this film on dvd with Tim Roth's audio commentary, it's a great insight into the making of the film - you'll hear how he was originally cast to play 'The Yeti' in The Firm before it eventually went to Philip Davis and you'll also discover how in 1982 the 'OI!' movement brought out a t-shirt featuring Trevor with 'Oi Man of the Year 1982' and he really wanted one but never got one. This is our recreation of that. And, if by chance Tim Roth sees this, there's one here for you.

**THIS IS A NEW TEE** and the fit may differ slightly from the previous one, so please ensure you check out the SIZE GUIDE before adding to cart.

NB: Due to current ongoing events we are not accepting exchanges or returns in line with the current regulations. Please also allow longer to receive orders, particularly overseas.